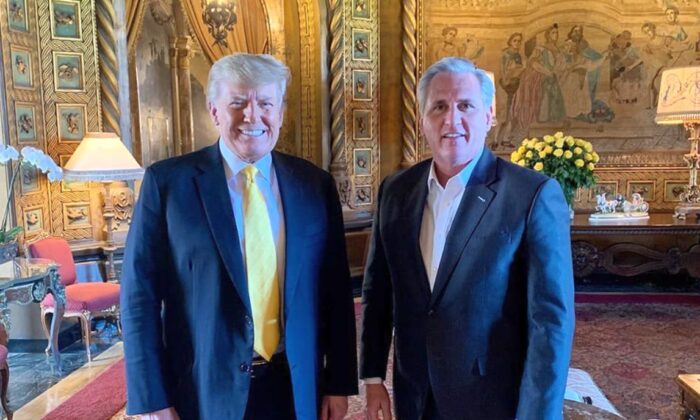 Former President Donald Trump held a meeting with House Minority Leader Kevin McCarthy (R-Calif.) on Thursday in Florida, said Trump’s team in a statement, while including a photo of him and the GOP leader.

The two had a “good and cordial” meeting at Trump’s Mar-a-Lago resort in Palm Beach, said Trump’s Save America PAC.

The pair discussed several topics, but the No. 1 priority was “taking back the…