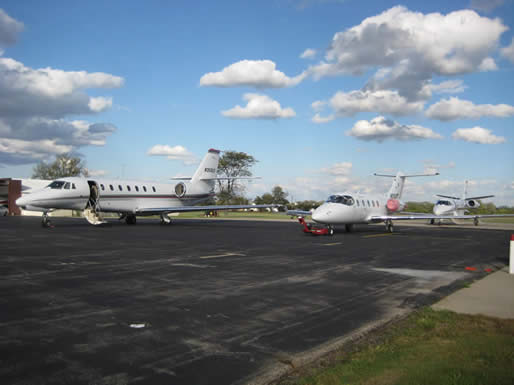 Erlanger, Ky. (February 1, 2021) – The Cincinnati/Northern Kentucky International Airport (CVG) and Miami University (Miami) announced that they have finalized an agreement regarding a new structure for the management and operations of the Miami University Airport (OXD).

The agreement stipulates that Miami will continue to own the OXD Airport, as well as the 300 acres on which it is located. CVG will manage and operate the facility, which will remain a general aviation airport that supports corporate flights, flight training and recreational flights. The term of the lease and operation agreement is for five years, renewable for five additional five-year terms.

Miami University Airport (OXD) is a general aviation airport located two miles west of Oxford, Ohio. Major facilities at the airport include a 4,011-foot primary runway (Runway 05/23) and a partial parallel taxiway. The airport, which is owned by Miami University and will be operated by CVG Airport, provides FBO services such as aircraft fueling, aircraft parking, hangar storage, and courtesy cars through the university.

“By partnering with CVG, Miami is tapping into unparalleled expertise and knowledge to improve airport services and benefit the entire region,” said Miami President Gregory Crawford. “This long-term commitment to OXD airport will create more avenues for collaboration between CVG professionals and Miami’s faculty, and more opportunities for our students in terms of potential projects and internships. All of this will support aviation and airport-related innovation in Southwest Ohio.”

Miami University is a public university located in Oxford, Ohio, with a student body of nearly 19,000.

The agreement has been contemplated for several years, stemming from collaborations between CVG and Miami around university engagement in the airport business and aviation-related innovation.

“Over the last several years, the CVG team has been focused on growing and diversifying the airport business,” said Candace McGraw, CEO of CVG. “I could not be more pleased with this partnership with Miami University and the opportunity to manage the OXD Airport. CVG will bring our airport business know-how to handle the day-to-day affairs of OXD. Our staff will learn a great deal about general aviation airport management that will complement our core business of owning and operating CVG Airport.”

The Cincinnati/Northern Kentucky International Airport (CVG) has been serving passengers since 1947. CVG welcomed more than 9.1 million passengers in 2019, a 2.7 percent increase over the year prior.

As the 7th largest cargo airport in North America and home to the Amazon Air Hub and DHL Express Global Superhub, CVG is diversified in both passenger and cargo operations. With an annual impact of $6.8 billion on the local economy, the airport drives regional growth and remains a leader in innovation.

Learn more about CVG and its response to COVID-19 at CVGairport.com/FlyHealthy.

The agreement between CVG and Miami is pending concurrence by the Federal Aviation Administration.