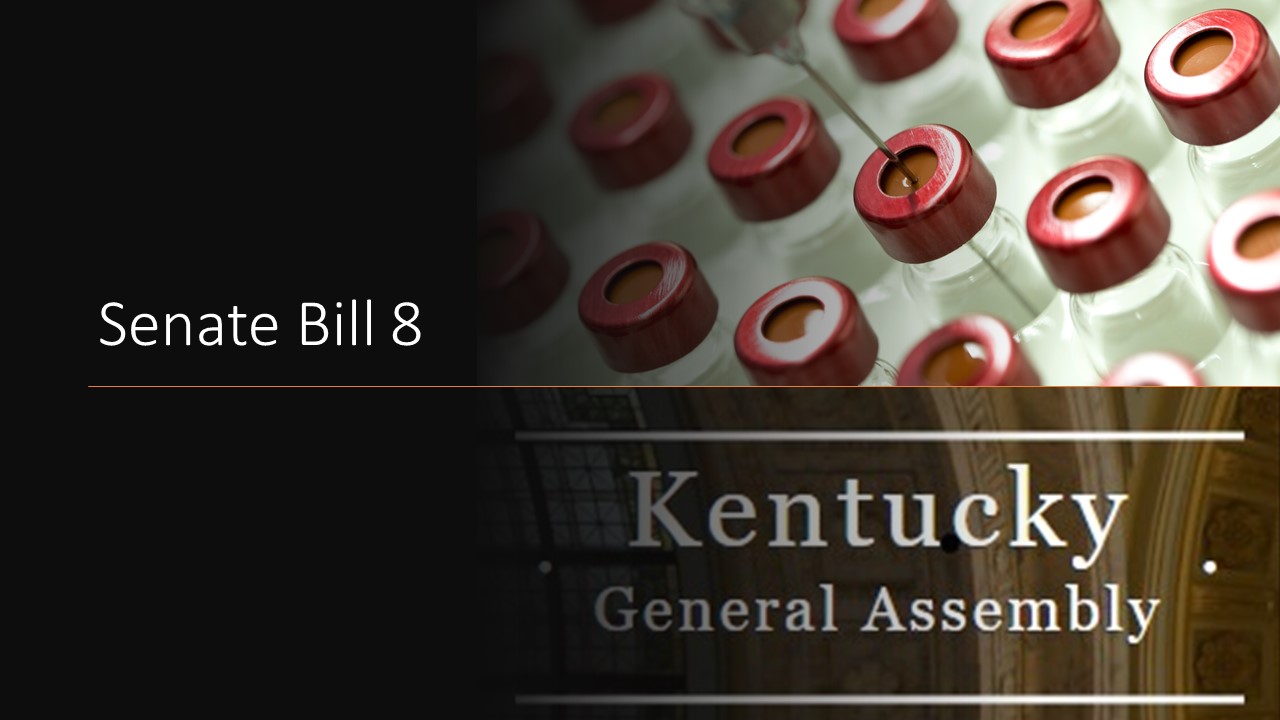 FRANKFORT – Legislation that would expand Kentuckians’ ability to opt out of mandatory vaccinations pass the state Senate today by a 34-1-1 vote.

The measure, known as Senate Bill 8, would provide exemptions only to mandatory immunization requirements during an epidemic based on religious grounds or conscientiously held beliefs.

“I stand before you not as an anti-vaxxer or anything like that because I just had my second COVID shot today,” said Senate Majority Whip Mike Wilson, R-Bowling Green. “I certainly had all of them when I was in the Marine Corp, and I was getting ready to deploy overseas. You felt like a pincushion. All my children have been vaccinated.”

He said he filed SB 8 because some constituents said they were afraid the government might force them to be vaccinated against COVID-19. Wilson stressed, however, that no such mandate currently exists.

Sen. Karen Berg, D-Louisville, said she voted for SB 8 because she appreciated the changes made to ensure the measure did not impact routine childhood immunizations in the United States. The bill was changed in the Senate Health & Welfare Committee on Wednesday through what’s known as a committee substitute. It went from a 6-page bill to a more narrowly focused two-page document.

Senate Minority Floor Leader Morgan McGarvey, R-Louisville, said he was against SB 8 because it would be unduly and overly broad.

“I support a religious exemption to getting medical treatment of any kind,” he said. “That is the law. This (SB 8) doesn’t change that as we heard in committee. It does expand it, however, to a conscientious objection, a term that hasn’t been defined in statute or on the floor. That is too vague.”

Senate Health & Welfare Committee Chair Ralph Alvarado, R-Winchester, stood in support of the legislation. He said people should be encouraged to do what is medically prudent in disease prevention but not forced against their will to be vaccinated.

“I would encourage our medical providers to continue to encourage those people … to receive the vaccinations as quickly as possible,” Alvarado said. “I think we have a generation coming up that hasn’t seen a lot of the diseases that we were able to eradicate or minimize in this country.”

He then rattled off ailments such as smallpox, measles, mumps, rubella, whooping cough, tetanus and polio – sometimes describing their horrific symptoms.

SB 8 contains an emergency clause, meaning it would become effective immediately if it is passed into law rather than 90 days after adjournment of the legislature. The bill now goes to the state House of Representatives for further consideration.