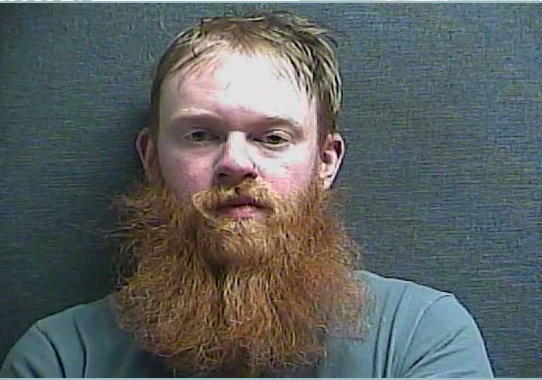 A Boone County man was arrested Monday after reportedly shooting his brother at least twice.

Kaz Kroth, 30, showed up at St. Elizabeth Florence hospital Monday with gunshot wounds, according to a release from the Boone County Sheriff’s office.

The release states David Kroth, 34, admitted his handgun went off three times Sunday while he was intoxicated, “being stupid,” and “screwing around.”

Police responded to an address on Phyllis Court in Hebron for multiple reports of fighting and gunshots. They were unable to locate anyone at that time, but made the arrest Monday after David Kroth drove his brother to the hospital.

David Kroth was charged with one (1) count of Assault 1st Degree – Class B Felony and Alcohol Intoxication in Public Place, and was lodged in the Boone County Detention Center on a $100,000 cash bond.

Kaz Kroth was treated and has since been released from the hospital.

The release from the Boone County Sheriff’s office is included below.

On Sunday, February 7, 2021, Boone County Sheriff’s Office deputies were dispatched to Phyllis Court in Hebron after receiving multiple 911 calls stating that individuals were fighting and that gunshots were heard.

Once on scene, deputies located shell casings in the roadway but did not immediately locate a suspect or victim.

Early Monday morning, deputies received a report that a gunshot victim had arrived in the emergency room at St. Elizabeth in Florence. The Florence Police Department met deputies on scene and had the suspect detained after he admitted to driving the gunshot victim to the hospital.

Kaz Kroth was treated and has since been released from the hospital.

David Kroth was charged with one (1) count of Assault 1st Degree – Class B Felony and Alcohol Intoxication in Public Place – Violation. He has been lodged at the Boone County Detention Center and his bond has been set at $100,000 cash.