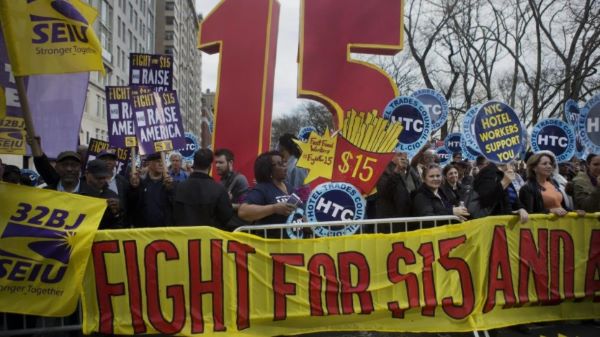 The finding dovetails with criticism from Republicans on the proposal

A government analysis of the proposal from Democrats to increase the minimum wage to $15 an hour says that it would cost the economy 1.4 million jobs if implemented.

The startling analysis was released Monday by the nonpartisan Congressional Budget Office (CBO).

The jobs would be lost cumulatively over four years…