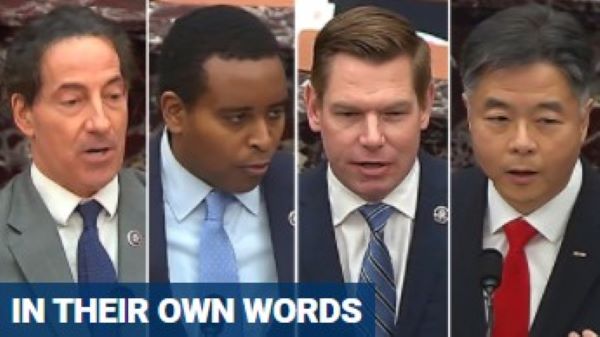 Raskin, Neguse, Swalwell, and Lieu were called out by the Trump campaign

The Trump War Room is firing back at the House Democrat impeachment managers who were making their case against former President Donald Trump during the opening arguments of his trial.

On Wednesday, the impeachment managers spent hours attempting to convince enough senators to convict the former president that he incited the insurrection on Capitol Hill last month. Much of their argument relied on Trump’s rhetoric…