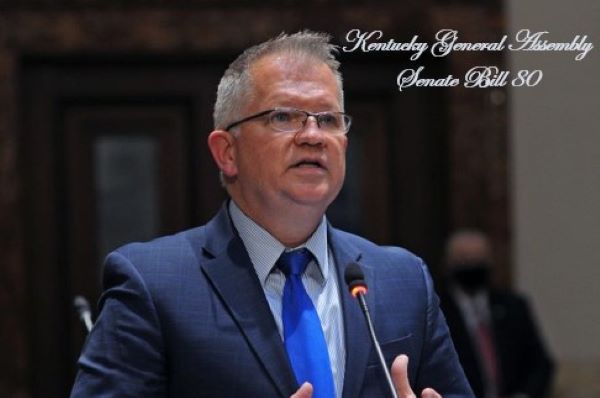 The measure, known as Senate Bill 80, would do this by strengthening the police decertification process by expanding the number of acts considered professional wrongdoing.

The new acts would include unjustified use of excessive or deadly force, interference of the fair administration of justice, and engagement in a sexual relationship with a victim, witness, defendant or informant in a criminal investigation. It would also require an officer to intervene when another officer is engaging in the use of unlawful and unjustified excessive or deadly force.

“Ninety-nine percent of all law enforcement officers are honorable and courageous men and women – men and women who bravely put their lives on the line every single day to protect our citizens,” said bill sponsor Sen. Danny Carroll, R-Benton, a retired police officer. “There is no one … who will condemn a bad cop quicker and with more severity than another cop.”

A second provision of SB 80 would set up a system for an officer’s automatic decertification under certain circumstances. Those would include being convicted of a felony in federal or state courts or the concealment of such conviction during the police officer certification process.

An officer could be considered for decertification after being convicted of certain misdemeanors. Those would include crimes involving dishonesty, fraud, deceit, misrepresentation, physical violence, sexual abuse, or crimes against a minor or household member. A final provision would prevent an officer from skirting decertification by resigning or retiring before an internal investigation is complete.

Through his work as a lawyer, Sen. David Yates, D-Louisville, said he has known police officers who have avoided decertification by resigning or retiring. Those officers often find work in another department with no public record of alleged wrongdoing in their prior employment.

“No profession is immune from bad actors, but I think this body has and continues to make a good effort to making sure we are able to help this profession weed those bad actors out,” he said.

“I think it is important to note the good work, hard work and dedicated work (Carroll) has put into this,” Mills said. “This is a big step forward for our state, and I would just like to compliment him on his work.

After SB 80 passed by a 28-0 vote, Carroll stood to offer his opinion on improving policing in Kentucky.

“I think it is important for the leaders of this state … to let law enforcement be a part of reform, to be a part of mending fences, to be a part in pulling communities together,” he said. “Citizen review boards, new leadership, all of that stuff is great. It is good stuff, but the change has to happen at the core, and the core is law enforcement. If there is change that’s going to take place, it has got to start with them.”

SB 80 now goes to the House of Representatives for its consideration.