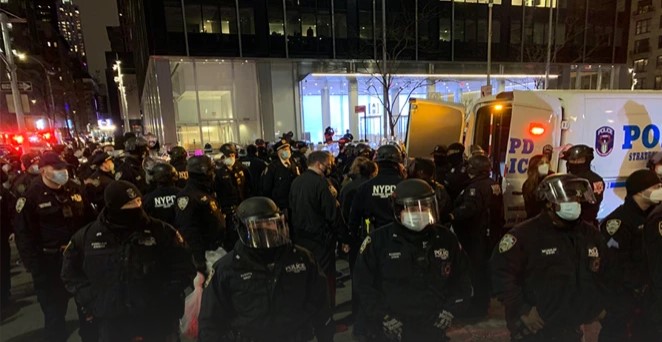 The NYPD reported that two officers suffered minor injuries during the protest, which was attended by about 100 marchers; officials could not immediately say how the cops were hurt.