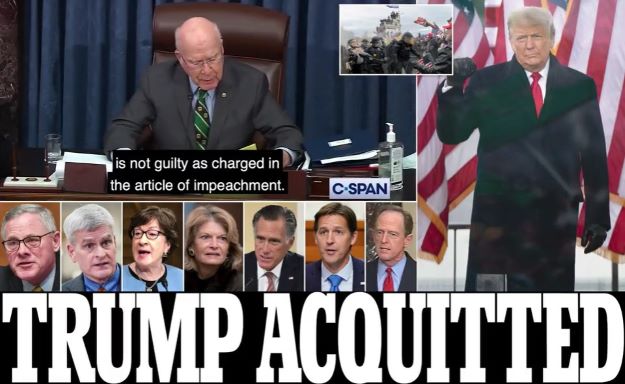 Senators Voted After The Conclusion Of The Trial Saturday, With 57 To Convict And 43 To Acquit

By GEOFF EARLE and NIKKI SCHWAB

The Senate voted to acquit President Donald Trump in his impeachment trial Saturday as the vast majority of Republicans held together against a charge that he incited the Capitol riot of January 6.

After a roll call vote of the Senate, 57 senators voted to convict, with 43 senators voting to acquit. It wasn’t enough to meet the two-thirds threshold set out in the Constitution.

A total of seven Republicans voted to convict; two of them have announced they are retiring at the end of their terms.