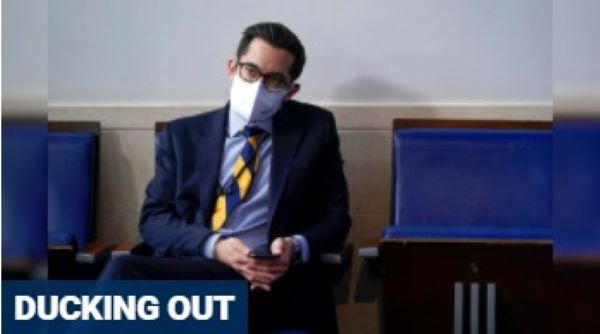 Deputy White House press secretary TJ Ducklo on Saturday said he was resigning amid allegations that he made “derogatory and misogynistic” remarks to Politico reporter Tara Palmeri nearly a month ago.

Despite President Joe Biden’s warning last month that he would fire staffers “on the spot” if they were disrespectful to others, Ducklo was merely suspended without pay for a week and told to apologize.