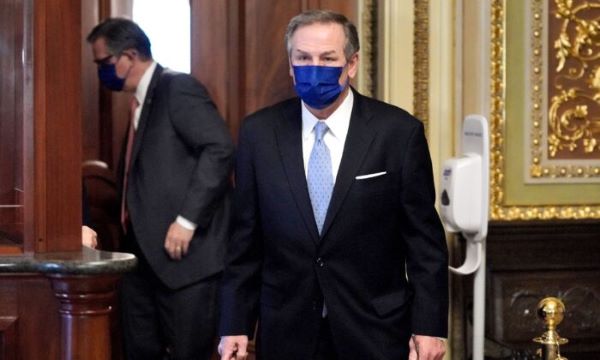 The suburban home of one of the attorneys who defended former President Donald Trump in the Senate impeachment trial had been vandalized, authorities said.