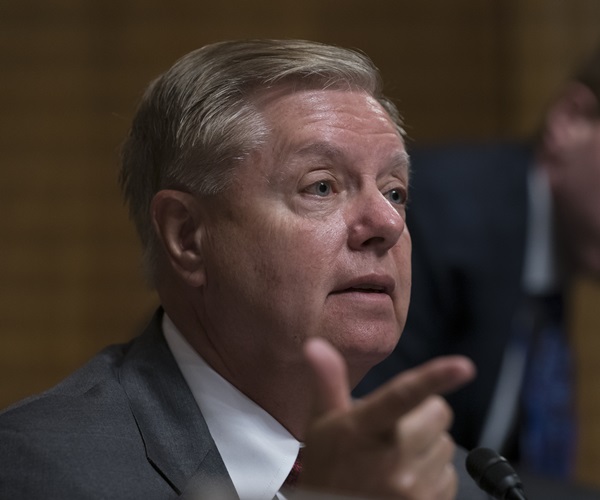 Senate Judiciary Committee Chairman Lindsey Graham, R-S.C., directs White House lawyer Steven Menashi, President Donald Trump's nominee for U.S. Court of Appeals for the 2nd Circuit, to be more forthcoming with his answers as he is questioned by Sen. Dianne Feinstein, D-Calif., the ranking member, during his confirmation hearing on Capitol Hill in Washington, Wednesday, Sept. 11, 2019. Menashi's guarded responses were frustrating at times to both Democrats and Republicans on the Judiciary panel. (AP Photo/J. Scott Applewhite)

Republican Senator Lindsey Graham said Donald Trump remains the party’s “most potent force” even after his second impeachment, and suggested Minority Leader Mitch McConnell hurt the GOP by blaming the former president for the Jan. 6 attack on the Capitol.

“The Trump movement is alive and well,” Graham, one of Trump’s most consistent allies, said on “Fox News Sunday.” “All I can say is the most potent force in the Republican Party is President Trump. We need Trump-plus.”