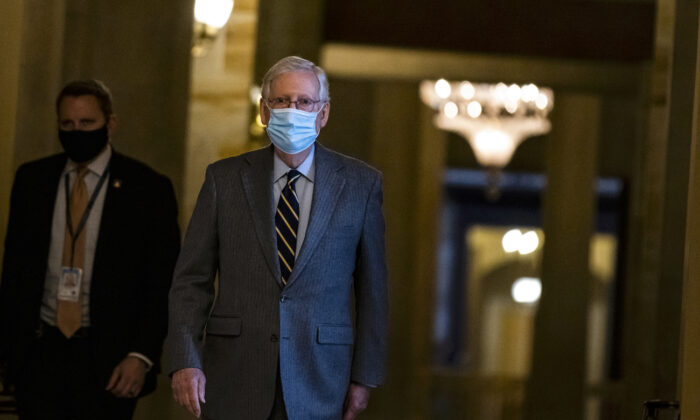 Senate Minority Leader Mitch McConnell (R-Ky.) heads to the floor of the Senate in Washington, on Jan. 26, 2021. (Samuel Corum/Getty Images)

Senate Minority Leader Mitch McConnell (R-Ky.) said he will oppose Senate candidates backed by former President Donald Trump if he believes they are not credible.

“My goal is, in every way possible, to have nominees representing the Republican Party who can win in November,” McConnell told Politico.