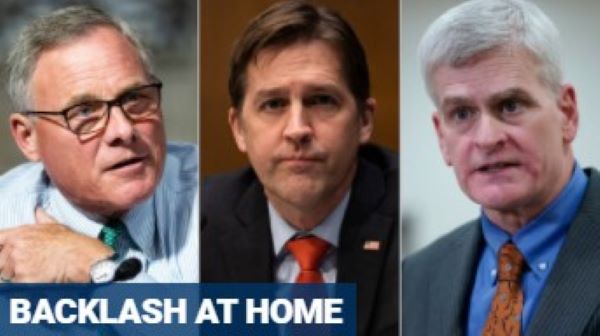 Senators Toomey and Burr have already announced their retirement, however

Republican senators who voted to convict former President Donald Trump on Saturday in the Senate impeachment trial on the charge of inciting an insurrection are already facing backlash in their home states.

The seven GOP senators who joined with all Democrats in finding Trump guilty were: Sens. Richard Burr of North Carolina, Bill Cassidy of Louisiana, Susan Collins of Maine, Lisa Murkowski of Alaska, Mitt Romney of Utah…