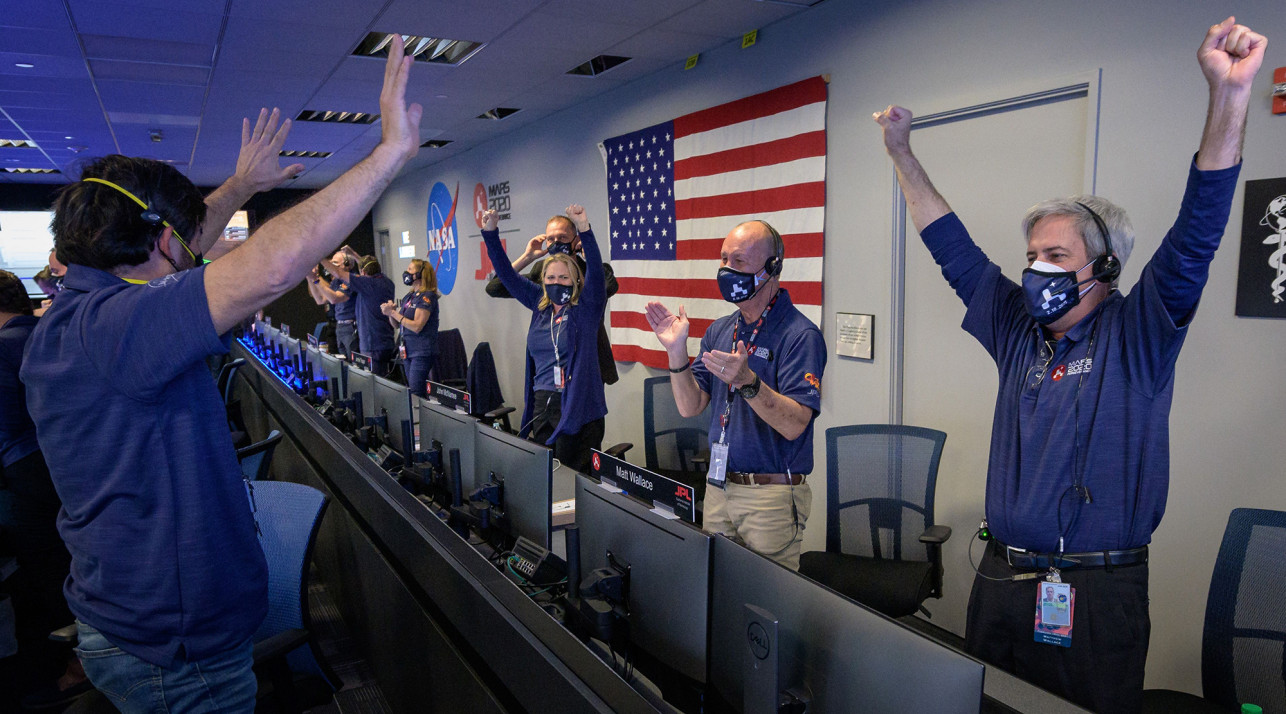 Mission control at NASA’s Jet Propulsion Laboratory headquarters near Los Angeles erupted into applause and cheers at around 3:55 p.m. as radio signals confirmed the SUV-sized rover had survived its risky landing and arrived on Mars in one piece.