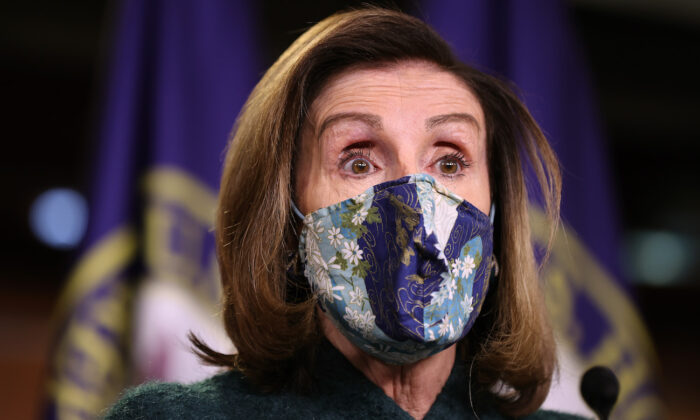 House Speaker Nancy Pelosi (D-Calif.) has responded to a request from a group of House Republicans to explain decisions in regards to Capitol security before and on the day of the Capitol breach. She said on Monday they are attempting to “deflect responsibility for the Capitol attack from Donald Trump.”