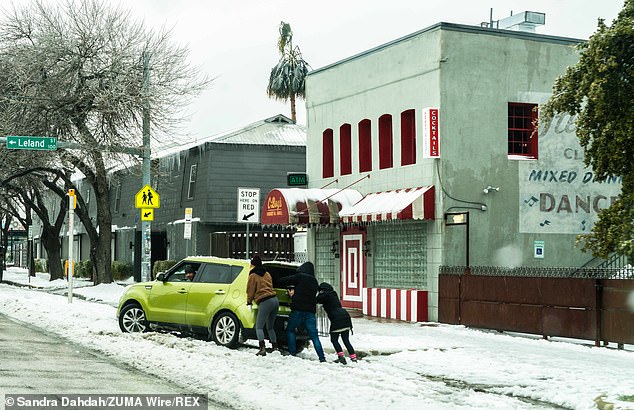 The extreme weather has left millions without power in Texas but Boyd accused them of wanting handouts and being lazy. Pictured: residents pushing a car in Austin

The wife of the Texan mayor who called his snowed-in residents ‘lazy’ for asking for handouts during the snow storm has been fired from her school job, he claims in an updated post.

Tim Boyd, mayor of Colorado City, 220 miles west of Fort Worth, said in an irate Facebook rant that people should ‘get off your a** and take care of your own family’ during the deadly storm.

Click the link below t read the rest of this story.