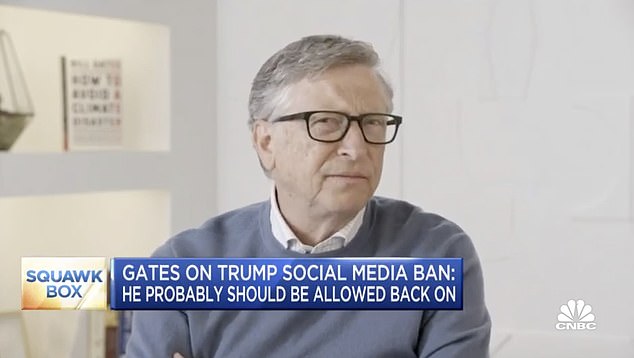 Trump was removed from several social media sites after being blamed for inciting violent clashes in the US Capitol in January, which led to the deaths of five people.