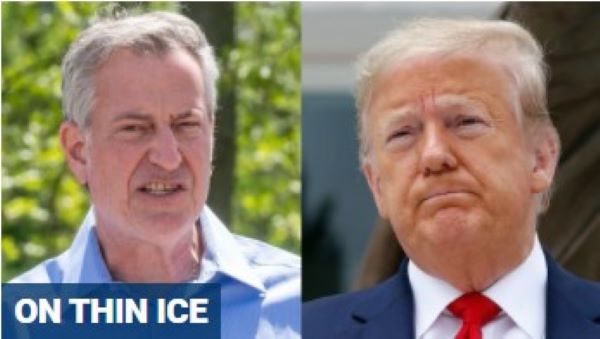 The rink contracts had been set to expire in April, but Mayor de Blasio has moved to ice Trump out a month early, effective Feb. 26.

Skaters arriving at Central Park’s two ice rinks are in for a cold awakening next week — the rinks, which are both managed by the Trump Organization, are being shuttered by City Hall to punish the former president for the deadly Jan. 6 Capitol riot, The Post has learned.

The Trump Organization says its last day of operating the iconic Wollman Rink and the smaller Lasker Rink at the park’s northern end will be Sunday.