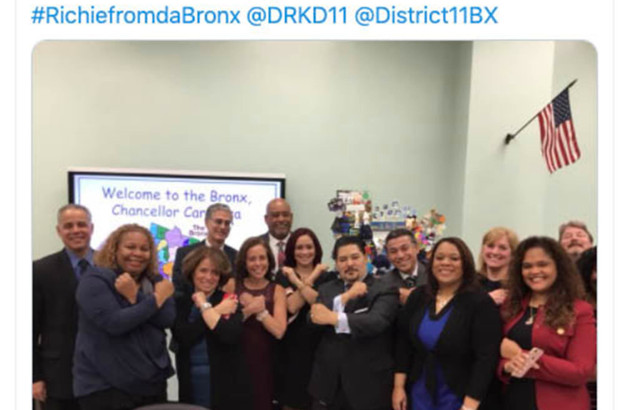 Rafaela Espinal, far right in red jacket, claims she was fired because she refused to mimic a salute from the movie "Black Panther."

The Department of Education insists the famous cross-arm gesture doesn’t refer to ‘Black power,’ but is instead ‘a symbol used to represent the Bronx’

A Dominican-American Bronx educator, one year away from retirement, says she was fired after refusing to participate in the cross-arm, “Wakanda forever” salute to Black power.

Rafaela Espinal, who identifies as Afro-Latina, says she was chastised for repeatedly refusing to mimic the gesture popularized in the 2018 Marvel Comic’s “Black Panther,” during superintendent meetings, reported the New York Post Saturday.