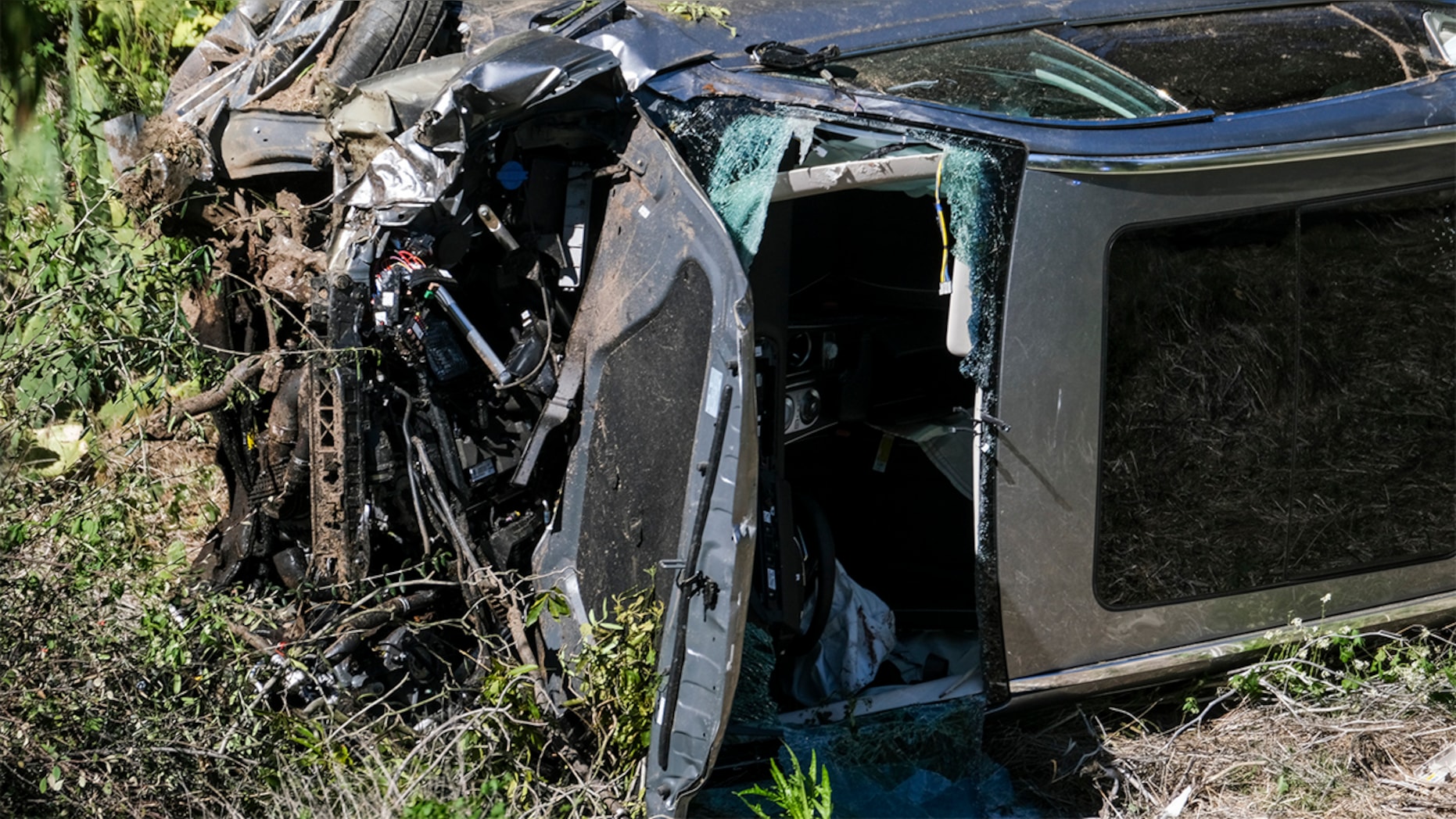 A vehicle rests on its side after a rollover accident involving golfer Tiger Woods along a road in the Rancho Palos Verdes section of Los Angeles on Tuesday, Feb. 23, 2021. Woods suffered leg injuries in the one-car accident and was undergoing surgery, authorities and his manager said. (AP Photo/Ringo H.W. Chiu) (AP)

Woods was involved in the wreck early Tuesday