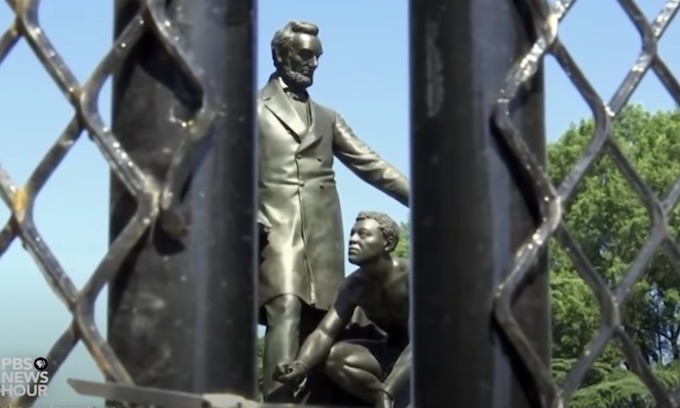 Rep. Eleanor Holmes Norton, D-D.C., has reintroduced legislation to remove a statue commemorating emancipation, arguing that 19th-century memorial doesn’t do enough to honor slaves’ contribution to their own freedom.

Dedicated in 1876, the statue shows former President Lincoln, who signed the Emancipation Proclamation, with his hand outstretched over a shackled slave who is kneeling beside him. It was erected after a freed slave, Charlotte Scott, started a fundraising campaign that collected funds from freed slaves.