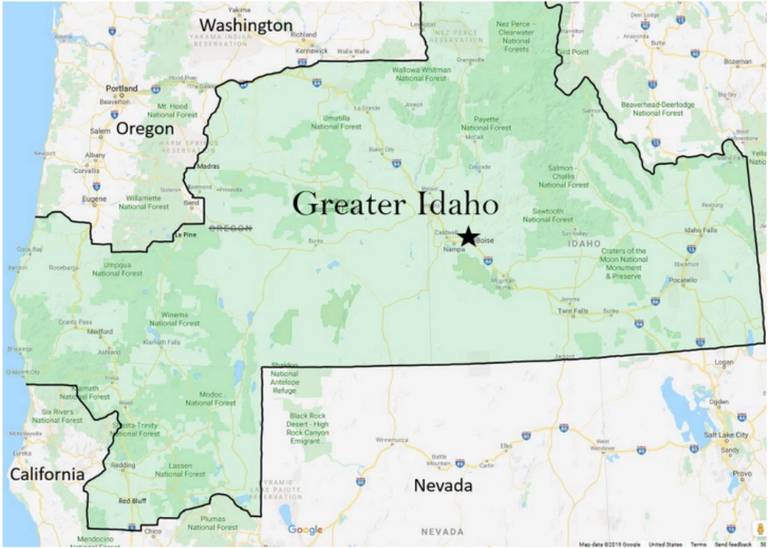 A group of conservative Oregon residents hope to ditch their state and become part of Idaho, making the state look like this. SCREENGRAB FROM GREATER IDAHO GROUP

A group of residents in Oregon could be a step closer to their goal of joining Idaho.

The group was already awarded measures in Grant, Malheur and Sherman counties, and it awaits signature verification in Baker and Lake counties, McCarter said.