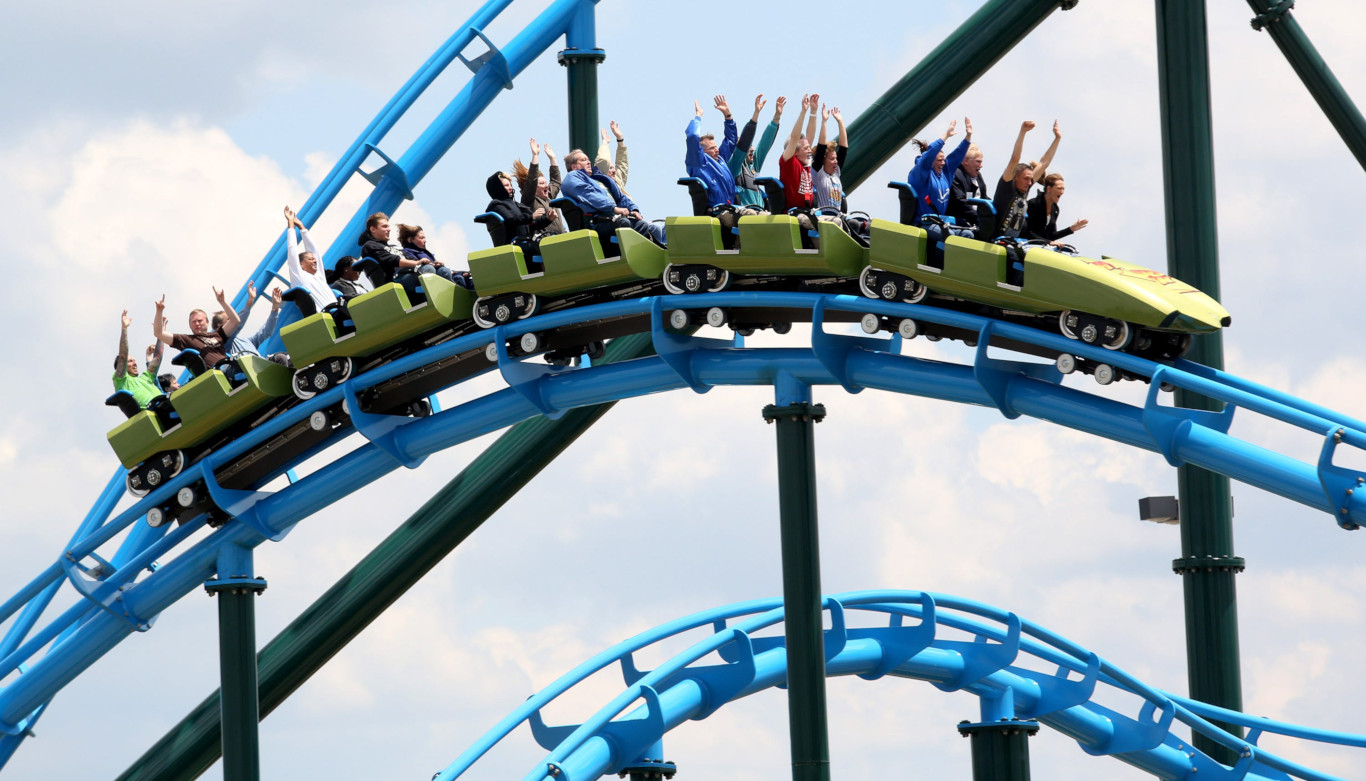 As a national competitor in the tourism industry, Herschend has a history of delivering world-class entertainment experiences to its guests. Through a collaborative effort between Kentucky Kingdom, LLLP, the Kentucky State Fair Board, the Tourism, Arts and Heritage Cabinet, and the Finance and Administration Cabinet, Herschend will now expand its business operations to Louisville as the new majority partner of Kentucky Kingdom Theme Park, LLC.

This expansion will bring enhanced entertainment and amusement park management experience that will benefit the operations at Kentucky Kingdom and Hurricane Bay.“After opening Newport Aquarium in 2008, we’ve been actively seeking an opportunity to bring even more entertainment to the great state of Kentucky and that dream begins today,” said Herschend Chief Executive Officer Andrew Wexler. “We’re honored to be welcomed into the beautiful and historic city of Louisville, and thrilled to build upon the exceptional 25-year legacy of Kentucky Kingdom.”

Kentucky Kingdom and Hurricane Bay cover a 65-acre entertainment complex that enjoys a solid reputation of being a safe and fun amusement and water park, offering visitors the convenience and value of two parks in one.

The park opened to the public in 1987 following an announcement by the Kentucky State Fair Board that a theme park would be built on the grounds of the Kentucky Fair and Exposition Center. Negotiations with Herschend Enterprises began last year for the sale of ownership interest in Kentucky Kingdom, LLLP.

“We are pleased to turn the park over to a new generation of leadership. Herschend is an outstanding operator, who will undoubtedly take Kentucky Kingdom & Hurricane Bay to the next level. We expect their involvement will add greatly to the Commonwealth’s thriving tourism industry,” said Kentucky Kingdom’s founder, President and CEO Ed Hart.

As part of its commitment to the park, Herschend Enterprises is bringing Craig Ross, Dollywood’s President for the past 10 years, to serve as Kentucky Kingdom’s interim General Manager. Ross plans to further develop Kentucky Kingdom’s exceptional 25-year legacy by tapping into his decades of family entertainment experience at one of the nation’s top theme parks. Under Ross’ leadership, Dollywood surpassed Disneyland and was named among TripAdvisor and USA Today’s best theme parks in the world.

“This is an exciting moment, and I am so honored to work alongside the community, our season pass holders, and our valued guests in building a bright future for this beloved park,” said Ross. “We strongly believe in using guest and community input to create amazing experiences and will be reaching out to the Louisville community for input on enhancements they’d like to see at the park, including attractions, shows and events. This feedback will be critical in creating a long-term plan for success and growth.”

Herschend will implement a strategic plan to expand the operation of Kentucky Kingdom Theme Park, LLC to be consistent with the guest experiences offered at other Herschend owned and managed locations.

“Herschend’s decision to expand its operations in the Commonwealth is a reflection of the state’s reputable tourism industry and the commitment by this Administration to move Kentucky forward by investing in tourism and economic development,” said Tourism, Arts and Heritage Cabinet Secretary Mike Berry. “We look forward to being a partner with Herschend to promote their vision for a newly reimagined attraction that will create a multi-generational experience that visitors across the nation will travel to Kentucky to enjoy.”

Situated at the intersection of Interstate 65 and Interstate 264, Kentucky Kingdom shares a parking lot with the Kentucky Exposition Center. The park’s location is easily accessible to visitors from Indianapolis, Cincinnati, Lexington, Nashville and St. Louis with more than 12 million people within 120-mile drive of Louisville. Further, Nashville, Indianapolis and Lexington do not have a local amusement or theme park, making the potential for attracting visitors from those areas promising.

“The financial strength and stability of any long-term tenant is of the utmost importance in protecting the Commonwealth’s financial interests,” said Finance and Administration Cabinet Secretary Holly M. Johnson. “Herschend has an outstanding reputation in the theme and amusement park industry, an established financial performance, and a demonstrated ability to meet short-term and long-term obligations. Under Herschend’s leadership, the Newport Aquarium® has been ranked by USA Today as one of the top 10 aquariums in the nation, and we welcome their expanded presence in Kentucky.”

Operated by the Kentucky State Fair Board, the Kentucky Exposition Center is the sixth largest facility of its kind in the United States.