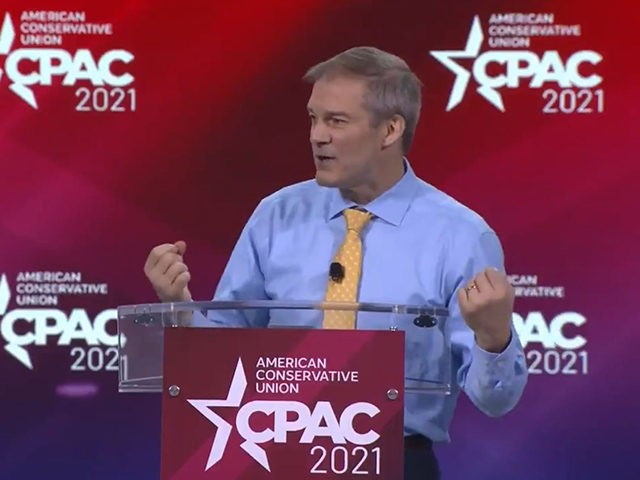 Rep. Jim Jordan (R-OH) said during the Conservative Political Action Conference (CPAC) on Sunday that former President Donald Trump is the leader of the conservative movement, the America First movement, and the Republican Party.