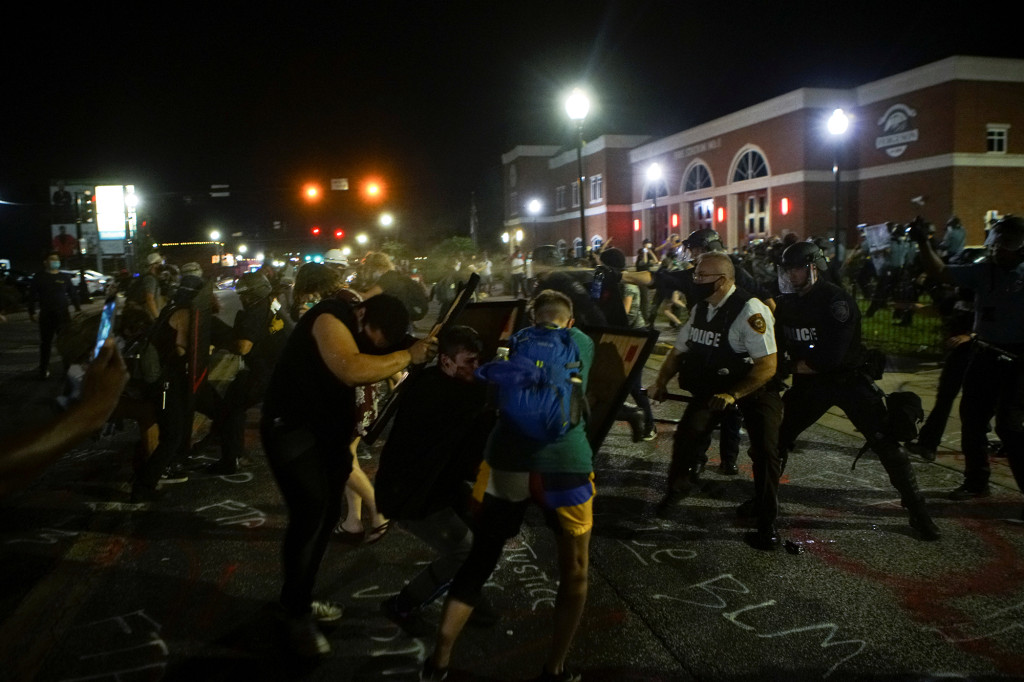 Police pepper-spray protesters on the sixth anniversary of the fatal shooting of Michael Brown in Ferguson, Missouri, on Aug. 9, 2020. REUTERS/Lawrence Bryant

The father of Michael Brown and other activists from Ferguson, Missouri, are demanding financial support from Black Lives Matter after the organization revealed it raised over $90 million last year.

Michael Brown Sr., whose son was fatally shot by a white police officer in August 2014, along with the other activists that helped propel the movement, want $20 million from the group to help their community.