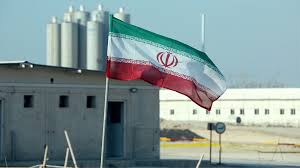 Group demanded US withdraw all of its troops in Middle East

Iranian militia groups claim to have active cells of operatives stationed in Washington, D.C., and other U.S. cities, according to chatter in online forums used by these groups.

Kawtheryoon Electronic Team, a Telegram network used by Iranian militia groups and supporters, claimed in a recent posting that Iranian “resistance cells are rooted even in America and its capital,” according to a copy of the English-language posting captured by the Middle East Media Research Institute, which tracks radical groups.