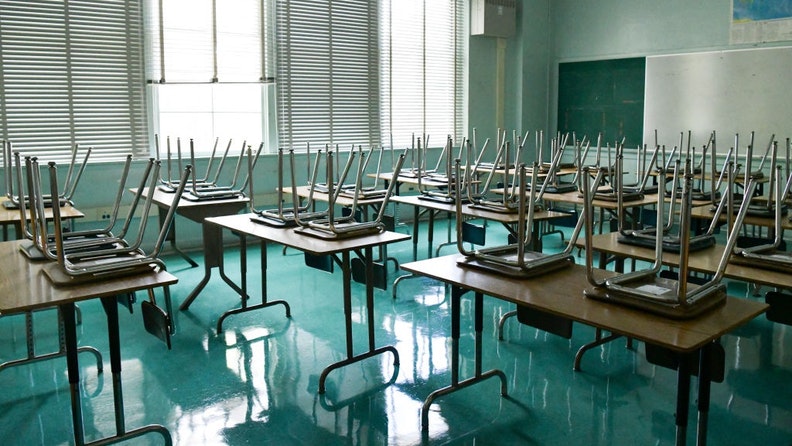 An empty classroom is seen at Hollywood High School on August 13, 2020 in Hollywood, California. Photo by Rodin Eckenroth/Getty Images

NBC’s L.A. affiliate reports union has threatened to “strike” if forced back too soon

The largest teachers union in Los Angeles announced on Friday that its members “voted overwhelmingly to resist a premature and unsafe physical return to school sites,” backing “safety demands” they say must be fulfilled before resuming in-person instruction in the nation’s second-largest public school district.

According to United Teachers Los Angeles (UTLA), 91% of the 24,580 ballots cast supported union leadership’s recommendation “to refuse to return for full or hybrid physical reopening of schools” until certain conditions are met.