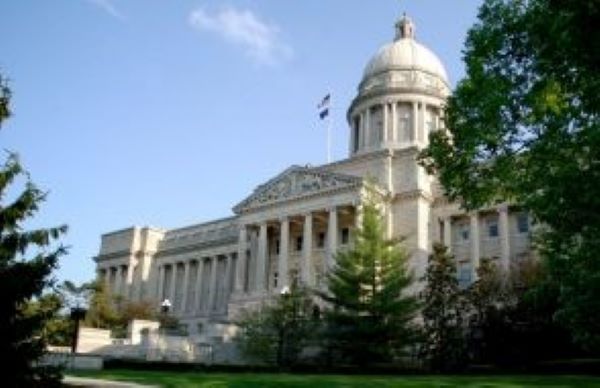 FRANKFORT – The list of issues receiving consideration from state lawmakers continued growing this week as workdays lengthened and an increased number of bills advanced through the legislative process.

Bills that took steps forward in the General Assembly this week include measures on the following topics:

*School breakfasts. House Bill 384 would allow a school that participates in the Federal School Breakfast Program to authorize up to 15 minutes of the student attendance day to provide the opportunity for children to eat breakfast during instructional time. The measure passed the House 97-0 and has been sent to the Senate.

*Identity protection. Senate Bill 267 would make it a crime to post another person’s personally identifying information online if done to intimidate, abuse, threaten, harass, or frighten. Information that would be prohibited includes social security numbers, birthdates, home addresses, email addresses, phone numbers, credit card info, health data or the location of someone’s school or workplace. The bill passed the Senate 37-0 and has been delivered to the House for further consideration.

*Schools. House Bill 208 is aimed at making sure every public school in Kentucky reopens to in-person instruction in some capacity by March 29. Under the legislation, public schools would have to be open for in-person instruction at least four days a week for the remainder of the 2020-21 academic year. Schools would have the option to operate under a hybrid model where students spend part of the week attending in-person classes and the rest from home. HB 208 would require schools to allow a student to attend in-person classes at least twice a week under the hybrid model. The final version of the bill passed both chambers this week and was delivered to the governor, who signed the measure into law.

*Child and new mother fatalities. House Bill 212 would require data in an annual state report on fatalities among children and new mothers to include information on demographics, race, income and geography associated with the fatalities. The bill passed the House 92-3 and has been delivered to the Senate.

*Supplementary education. Senate Bill 128 would allow high school students to retake or supplement courses that were interrupted by the COVID-19 pandemic during the current school year. It would also allow students utilizing supplemental school years are not ineligible to participate in Kentucky High School Athletic Association activities. Senate Bill 128 was approved 36-0 in the Senate and now goes to the House.

*Worker safety. House Bill 475 would prohibit the Kentucky Occupational Safety and Health Review Commission or the secretary from adopting or enforcing any occupational safety and health administrative regulation that is more stringent than the corresponding federal provision. The bill passed the House 65-35 and now goes to the Senate.

*Probation and parole. House Bill 440 would allow meetings with probation or parole officers required under the terms of a person’s probation or parole to be conducted via videoconference. The bill passed the House 94-2 and has been sent to the Senate.

*State contracts. Senate Bill 122 would prohibit a state contract from being awarded to a business if that company had been awarded the same or similar contract within the past five years through the use of a lobbyist who was later convicted of a crime related to the contract. Senate Bill 122 passed the Senate 34-0 and now goes to the House.

*Scholarships. House Bill 184 would allow a high school student who transfers to an out-of-state school due to a parent or guardian’s military service to continue earning Kentucky Educational Excellence Scholarships awards if the student earned a base amount in a previous year at a Kentucky high school. The bill passed the House 95-0 on Wednesday and has been delivered to the Senate.

*Broadband. House Bill 320 would expand broadband internet service to underserved areas with $250 million for the broadband deployment fund. The bill would also reduce for barriers for electric cooperatives to offer the service. The legislation was approved 91-4 in the House on Wednesday and now goes to the Senate.

*Newborn protection. House Bill 155 would allow the use of a “newborn safety device” related to the anonymous surrendering of a newborn infant at a participating staffed police station, staffed fire station, or a staffed hospital. The device would allow a parent to safely surrender an infant into a receptacle that would trigger an alarm so that medical care providers could quickly accept and provide care to the newborn. The bill passed the House 96-0 and has been sent to the Senate.

*U.S. Senators. Senate Bill 228 would change the way vacancies are filled for a U.S. senator from Kentucky. The bill would require the governor to select a replacement from a list of three nominees selected by the state party of the departing senator. It would also specify how long a replacement can serve before an election is held for the seat. Senate Bill 228 passed the Senate 28-8 and will go to the House for consideration.

If you’d like to share comments on the issues under consideration with state lawmakers, please call the General Assembly’s toll-free Message Line at 800-372-7181.