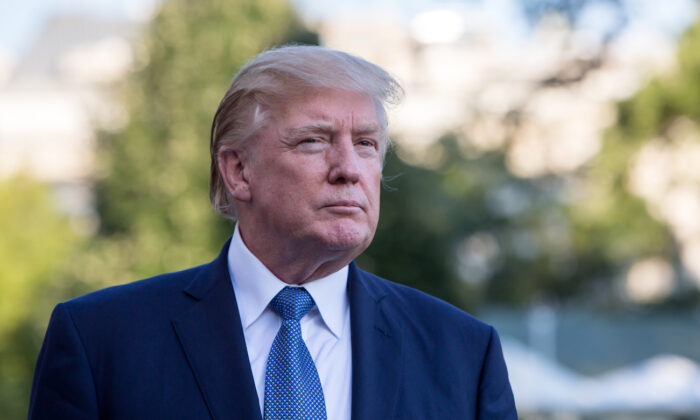 Then-President Donald Trump arrives on the South Lawn of the White House in Washington on Sept. 24, 2017. (Samira Bouaou/The Epoch Times)

Former U.S. Attorney John Durham agreed that there was no intelligence showing collusion between former President Donald Trump or his campaign and Russia, according to the former director of national intelligence John Ratcliffe.