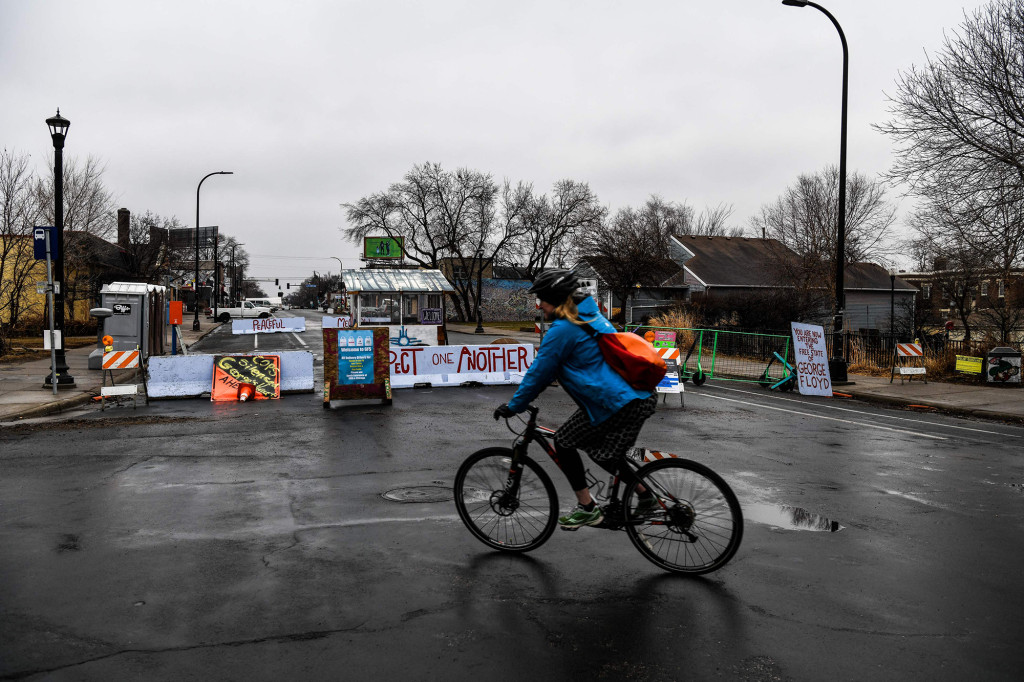 A woman rides past the barricades near to a makeshift memorial of George Floyd in Minneapolis, Minnesota. CHANDAN KHANNA/AFP via Getty Images

Left-wing militants have reportedly turned a memorial site for George Floyd in Minneapolis into a “volatile” autonomous zone — where police and even other protesters aren’t welcome.

The memorial, called George Floyd Square, popped up in the days after the 46-year-old’s police-involved death on May 25 — the catalyst for a global movement against police brutality and racial inequality.