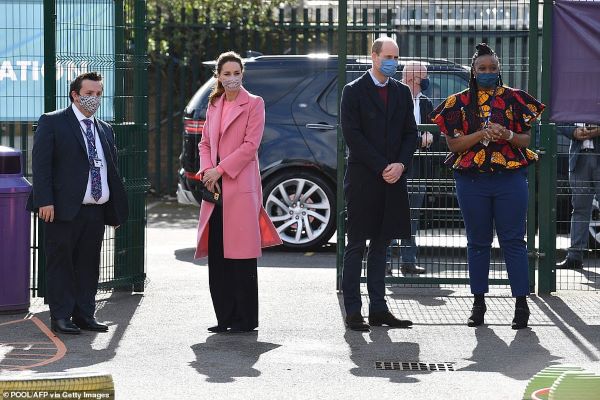 Prince William, Duke of Cambridge and Britain's Catherine, Duchess of Cambridge arrive for a visit to School21 in Stratford, east London, to promote a mental health initiative for children on a visit to a school

By RORY TINGLE and REBECCA ENGLISH

FOR MAILONLINE AND THE DAILY MAIL

An impassioned Prince William today publicly hit back against Harry and Meghan’s racism claims, insisting, ‘We’re very much not a racist family’.

The Duke of Cambridge is the first royal to personally respond to the allegation during his first royal engagement since the Oprah interview, as he also revealed that he has not spoken to his brother since it came out but ‘will do’.