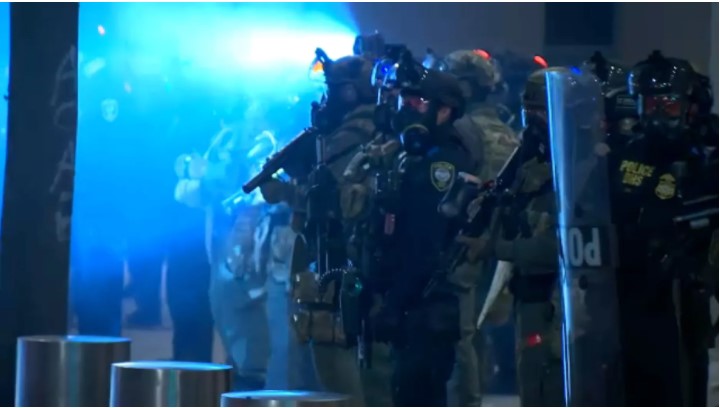 Downtown Portland, Oregon, erupted in violence yet again Thursday night, drawing tear gas and smoke bombs from federal officers who were deployed to quell the unrest, according to a report.

Rioters set fires and smashed windows in the area of the Mark O. Hatfield U.S. Courthouse until being driven away by federal officers, OregonLive.com reported.