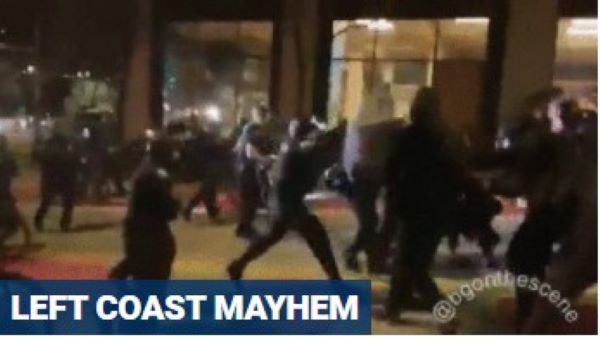 Major cities on the West Coast were among those seeing riots and protests Saturday night as demonstrators marked the one-year anniversary of Breonna Taylor’s death in a police raid in Louisville, Kentucky.

Los Angeles, Seattle and Portland all saw clashes between crowds and police, with numerous arrests reported.