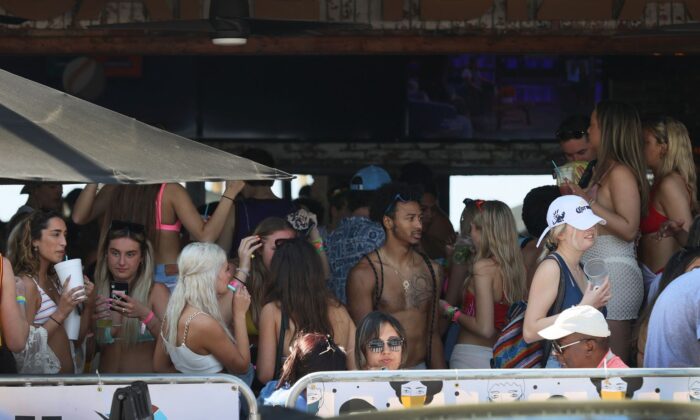 Around 150 people were arrested in Miami Beach over the weekend as thousands of revelers pour into the city for spring break.

On Friday, about 120 people were arrested and two officers were injured during clashes with spring breakers, according to Local10.