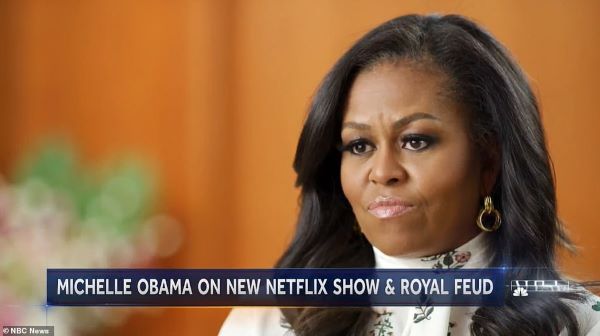 Michelle Obama said in an interview, airing Tuesday, that racism allegations did not shock her

By JENNIFER SMITH and CHARLIE LANKSTON

Michelle Obama reacted to Meghan Markle and Prince Harry’s Oprah interview on Tuesday morning by saying that she personally chose to focus on the people she ‘serves’ rather than herself while in public service in what appeared to be a thinly veiled swipe at the couple.

Michelle was asked by Jenna Bush Hager what she thought of Meghan’s comments in a segment that aired on NBC on Tuesday morning.