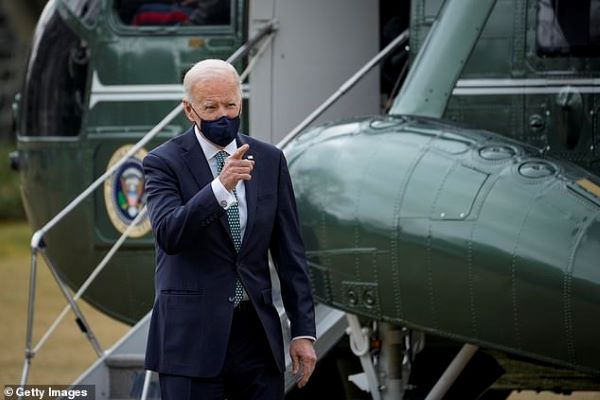 A Move They Say Led To The ‘Entirely Avoidable’ Border Crisis

Most Republican senators signed onto a letter to the Government Accountability Office accusing Joe Biden of ‘unlawful’ acts in stopping construction of Donald Trump’s southern border wall on Day One of his presidency.

‘[I]n one of the first official acts of his presidency, Joseph Biden suspended border wall construction and ordered a freeze of funds provided by Congress for that purpose,’ the 40 senators wrote. ‘In the weeks that followed, operational control of our southern border was compromised and a humanitarian and national security crisis has ensued.’