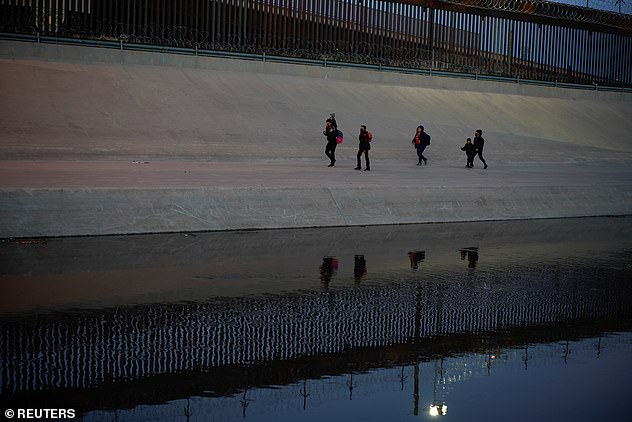 Migrants cross the border into El Paso, Texas, on Wednesday, as seen from Ciudad Juarez in Mexico

A Border Patrol chief said the flood of immigrants trying to cross into the US is at ‘crisis’ levels – as a gun battle erupted between two gangs and a Honduran migrant said he was encouraged to come after watching the news.

Brandon Judd, president of the National Border Patrol Council, told Fox News that the situation has become an emergency over the past week, despite the White House maintaining it is not a crisis, just a ‘big problem.