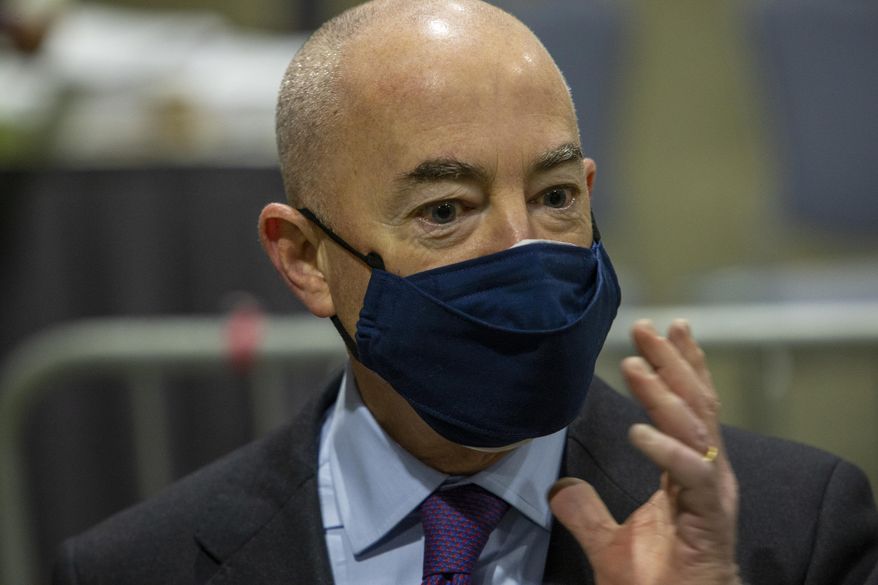 Secretary of Homeland Security Alejandro N. Mayorkas gestures during a media tour at the Pennsylvania Convention Center in Center City Philadelphia on Tuesday, March 2, 2021. Mayorkas was in Philadelphia for the media tour of the FEMA Community Vaccination Center. (Alejandro A. Alvarez/The Philadelphia Inquirer via AP)

Homeland Security Secretary Alejandro Mayorkas admitted Wednesday that his department has released migrants who jumped the border into communities without testing them for the coronavirus, but he said officials are working to fix the problem.

Testifying to Congress, Mr. Mayorkas was unable to say how many people were released without testing over the nearly two months the Biden administration has been in office.