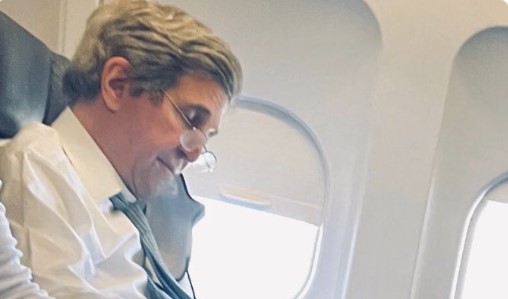 Sen. Tom Cotton, R-Ark., said climate czar John Kerry has a history of “not following” rules he imposes on Americans after a photo surfaced of the Biden official not wearing a mask on a commercial flight.

“I guess we can say it’s better that John Kerry finally decided to fly commercial as opposed to jetting around in Gulfstreams all around the world when he’s trying to supposedly solve the climate crisis,” the senator joked in an interview with “Fox News @ Night” host Shannon Bream.