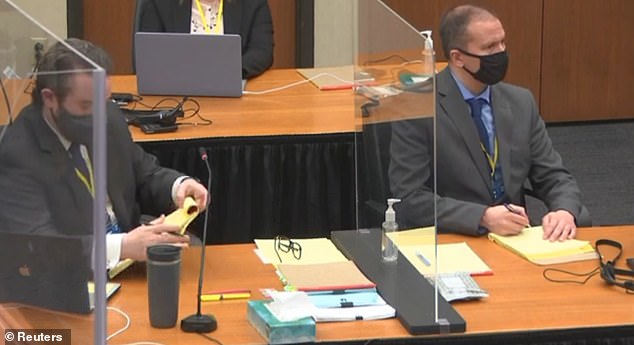 Chauvin (seen right in court on Friday alongside his lawyer, Eric Nelson), a former Minneapolis police officer, has been charged with second- and third-degree murder and second-degree manslaughter in the May 2020 death of George Floyd, a 46-year-old black man

By LAURA COLLINS and ARIEL ZILBER

Judge Peter Cahill has denied a defense bid to have Derek Chauvin’s trial delayed and moved out of Hennepin County District Court saying that he did not think there was ‘any place in Minnesota that has not been subjected to pretrial publicity in this case.’

Cahill made his ruling on Friday morning having considered the defense motion for continuance and change of venue for two days. Chauvin, a white former Minneapolis police officer, is charged in the death of a 46-year-old black man, George Floyd.