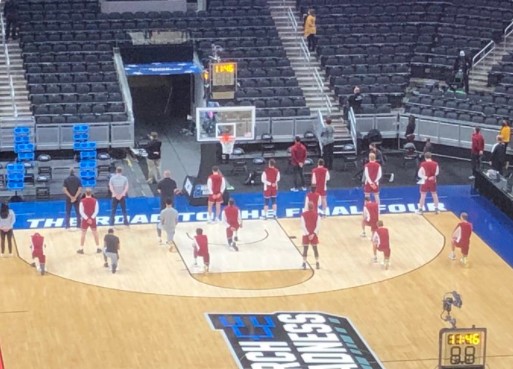 Some college basketball players competing in the NCAA Men’s Basketball Tournament on Friday took a knee during the national anthem before their games started.