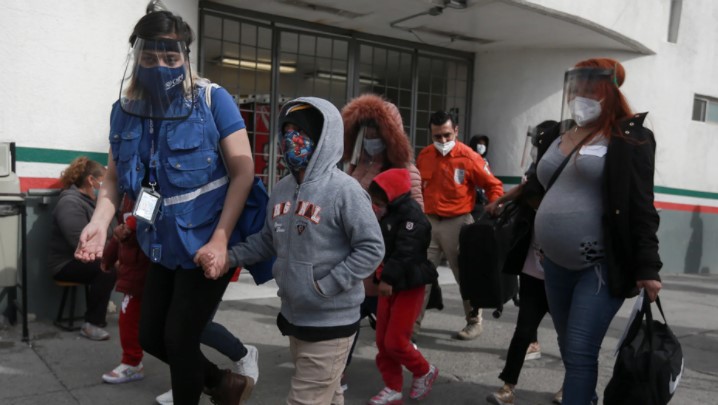 The photo, which shows a mother and two children, whom authorities transported from the Rio Grande Valley sector to El Paso, comes after Biden Homeland Security Secretary Alejandro Mayorkas visited the El Paso facility on Friday with a bipartisan group of senators.