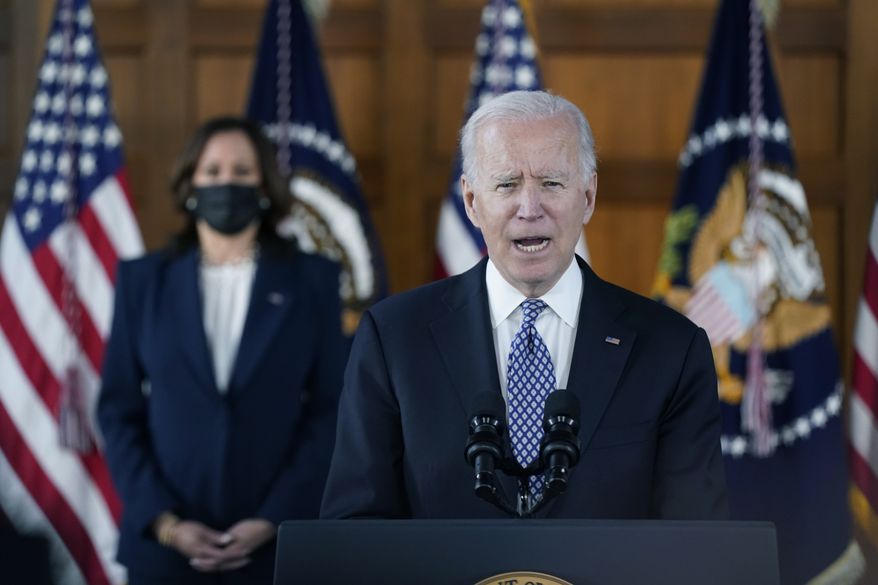 Vice President Kamala D. Harris blamed former President Trump on Friday for the rise in attacks against Asian Americans, as she and President Biden met with community leaders in Georgia in the wake of murders of six Asian women at massage parlors.

“For the past year, we’ve had people in positions of incredible power scapegoating Asian Americans,” the vice president said at Emory University in Atlanta.