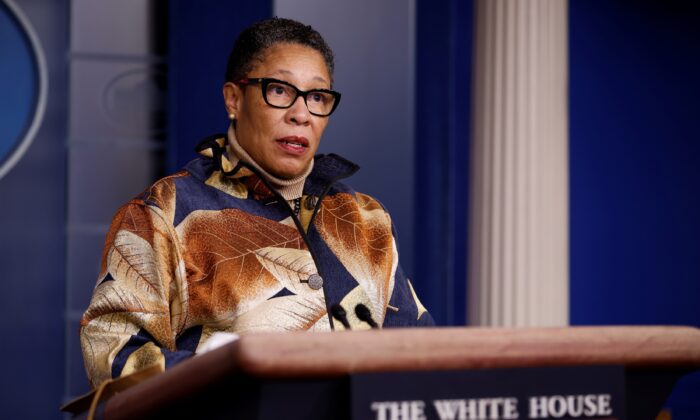 Housing Secretary Marcia Fudge delivers remarks during a press briefing at the White House in Washington on March 18, 2021. (Carlos Barria/Reuters)

The newly sworn-in secretary of the Department of Housing and Urban Development may have violated an ethics law by endorsing Democrat candidates in a Senate race.

Housing Secretary Marcia Fudge, a former U.S. representative, in her first press conference in office, told reporters on Thursday that she had two friends who were mulling running for the Senate seat being vacated by Sen. Rob Portman (R-Ohio).