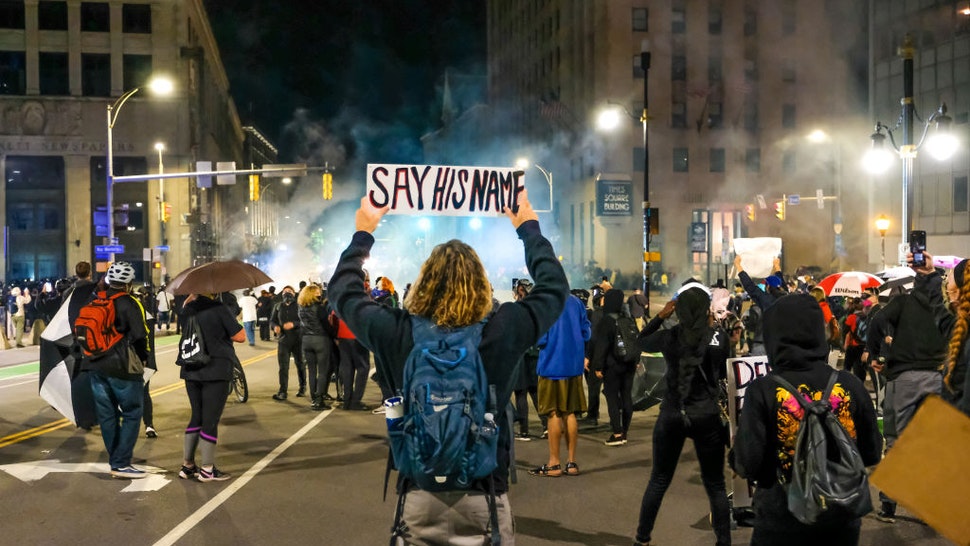 Video shows protesters chanting “Black Lives Matter” and referring to Daniel Prude, a black man who died about a week after a viral encounter with the Rochester Police Department. The state’s Democratic Attorney General announced last month that a grand jury will not seek charges against officers involved in the incident.