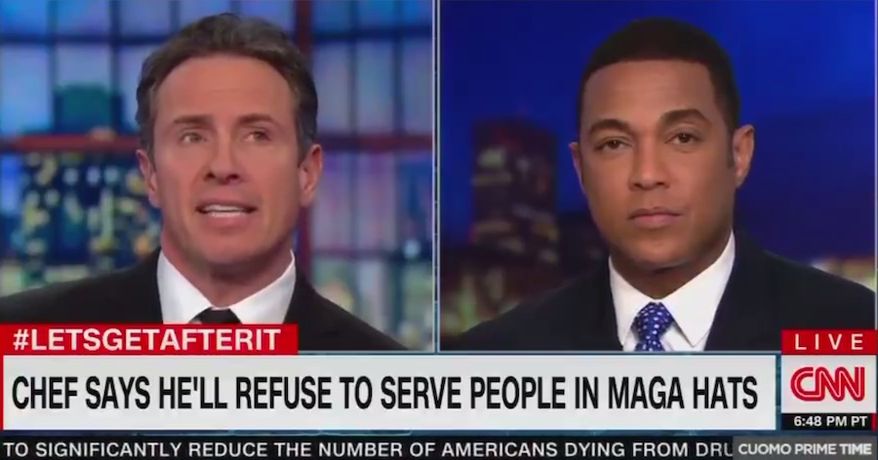 CNN's Chris Cuomo and Don Lemon debate what kind of clothing would be analogous to red "MAGA" hats during a Jan. 31, 2019, broadcast of "CNN Live." (Image: CNN screenshot) ** FILE **

CNN’s cratering ratings early in the post-Trump era were no fluke.

The vehemently anti-Trump network has seen a 45% drop in its primetime audience in the last five weeks, The Washington Post reported Monday.