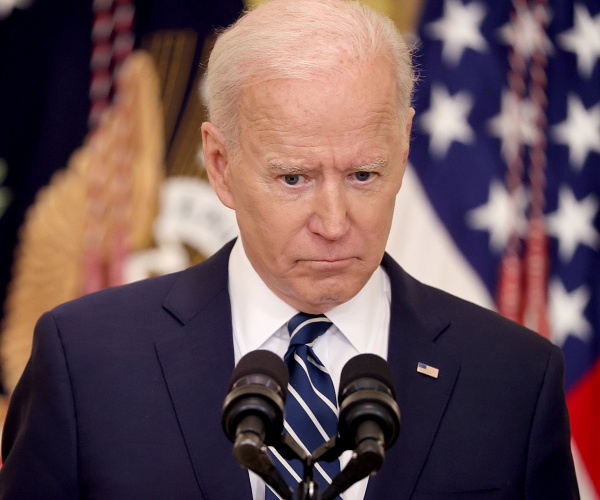 President Joe Biden answers questions during the first news conference of his presidency in the East Room of the White House on March 25, 2021 in Washington, D.C. (Chip Somodevilla/Getty Images)

President Joe Biden stopped short of declaring the start of his 2024 reelection campaign, but said during his first presidential press conference that it was his “expectation” to run again with Vice President Kamala Harris as his running mate — perhaps against former President Donald Trump, again.

Biden mostly demurred when CNN reporter Kaitlan Collins reminded him that Trump had already declared his candidacy for a second term after just a few months in the White House.