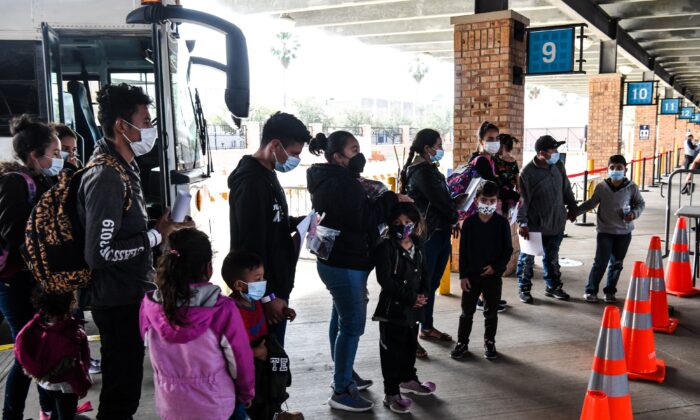 Illegal immigrants, mostly from Central America, are dropped off by Customs and Border Protection at a bus station in the border city of Brownsville, Texas, on March 15, 2021. (Chandan Khanna/AFP via Getty Images)

Customs and Border Protection (CBP) officials stated there are “no plans” to send illegal immigrants to northern states such as North Dakota and Montana, although Montana’s attorney general expressed concern that it might eventually happen.

“CBP continually evaluates possible contingency plans and adjusts its operations as circumstances dictate, but currently there are no plans to transfer migrants from the Southwest border to the Northern or Coastal borders,” CBP said in a…