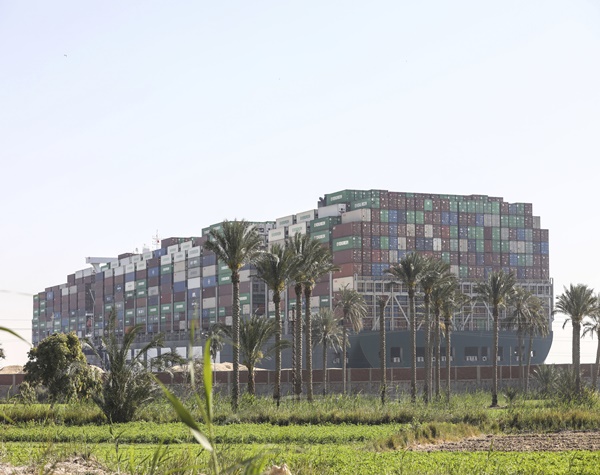 Ever Given, a Panama-flagged cargo ship, that is wedged across the Suez Canal and blocking traffic in the vital waterway is seen Saturday, March 27, 2021. Tugboats and a specialized suction dredger worked to dislodge a giant container ship that has been stuck sideways in Egypt's Suez Canal for the past three days, blocking a crucial waterway for global shipping. (AP Photo/Mohamed Elshahed)

Efforts to dislodge a giant container ship blocking the Suez Canal have allowed its stern and rudder to move, but it remains unclear when the vessel will be refloated, the head of the canal authority said on Saturday.

The 400 meter (430 yard)-long Ever Given became wedged diagonally across a southern section of the canal amid high winds early on Tuesday, blocking one of the world’s busiest waterways.